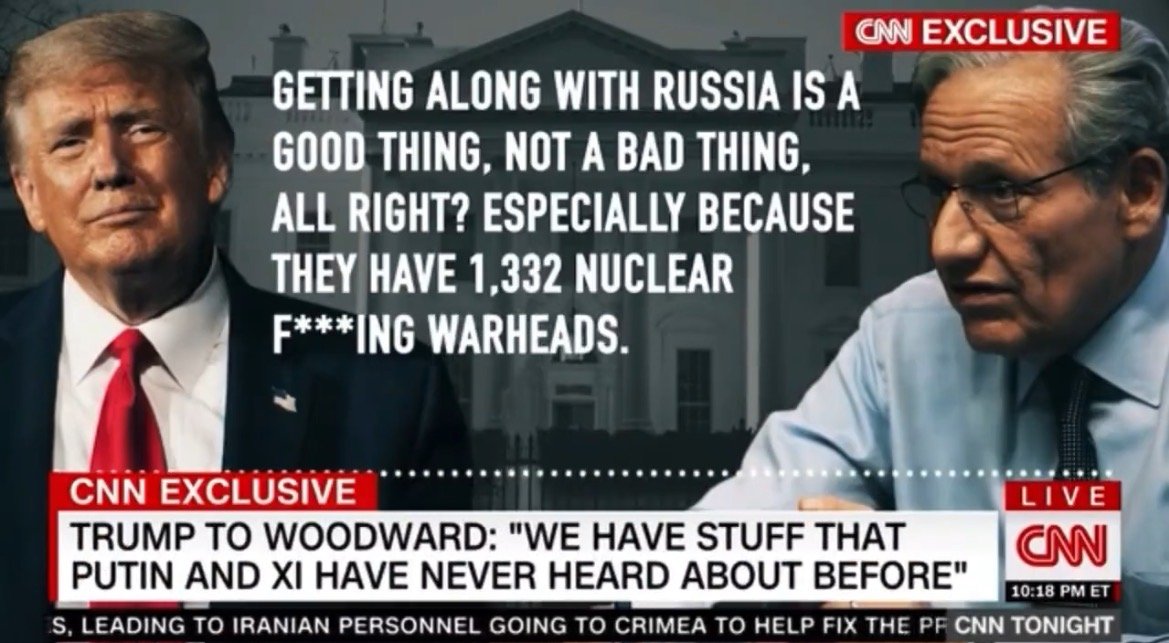 Bob Woodward, a far-left author and Washington Post editor, will soon be releasing “The Trump Tapes” audiobook with more than 8 hours of his interviews with President Trump.

Woodward is a Deep State hack and has been an FBI asset since the 1970s.

We are a couple weeks out from the midterm elections and CNN is talking about Bob Woodward and a vague statement Trump made to him about our weapons system.

“I have built a weapons system that nobody has ever had in this country before,” Trump said. “We have stuff that you haven’t even seen or heard about.”

Trump continued, “We have stuff that Putin and Xi have never heard about before. Getting along with Russia is a good thing, it’s not a bad thing, alright? Especially because they have 1,332 nuclear fucking warheads.”

These tapes further confirm Trump is a boss.

“It’s funny, the relationships I have, the tougher and meaner they are, the better I get along with them. You know? Explain that to me someday, okay. But maybe it’s not a bad thing.”

CNN melted down over Trump’s statement to Woodward then admitted the reporter was never able to verify the information.

“So just to clarify, Woodward was never able to verify whether this system exists,” CNN’s Jamie Gangel said.