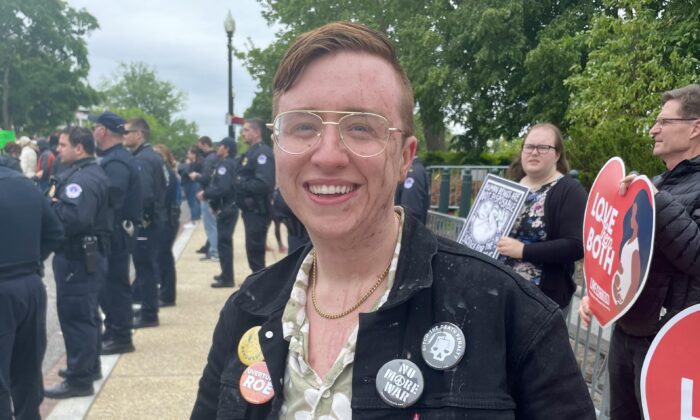 Pro-Life Activist Herb Geraghty has been charged by the Department of Justice with the FACE Act, which prohibits obstructing people from obtaining or providing abortions.

His name was in an indictment against a group that was accused of blocking access to an abortion clinic in Washington, in October 2020.

The U.S. Department of Justice (DOJ) has charged another pro-life activist, the latest Biden administration case against a person who allegedly sought to block access to an abortion clinic.

Herb Geraghty, of Pennsylvania, was charged with violating the Freedom of Access to Clinic Entrances Act (FACE) Act and conspiring to deprive civil rights, the same charges leveled against activists who gathered at clinics in Washington and Tennessee.

Geraghty was named in a superseding indictment (pdf) against the group that allegedly sought to block access to the Washington Surgi-Center, an abortion clinic in Washington, in October 2020.

Herb confirmed he was indicted on Twitter. Herb said – “It is clear that the Biden administration intends to use the DOJ as a weapon against political dissidents”

(link to GiveSendGo supporting Herb below)

Much has already been said about the unjust and political nature of the recent arrests and charges brought against myself and other pro-life activists and leaders.

It is clear that the Biden administration intends to use the DOJ as a weapon against political dissidents.

The unborn babies still being killed every day in this country, despite the Dobbs decision, are the real victims.

These children do not even get a trial before they are put to death.

Solidarity forever with nonviolent political prisoners and targets of the state.

Solidarity forever with the unborn victims of state sanctioned violence.

From The Give Send Go page:

On October 14th, 2022 Pittsburgh pro-life leader Herb Geraghty was indicted and charged with violating the FACE Act in connection with a nonviolent pro-life direct action that occurred in 2020 in Washington DC.

This comes as part of an aggressive campaign from the Biden administration’s Department of Justice under Merrick Garland to target peaceful pro-life activists. So far, at least 22 anti-abortion activists have been charged with the FACE Act this year. This is even more shocking because there have been no arrests or charges brought against any of the individuals who firebombed, vandalized, and otherwise attacked pro-life churches and pregnancy centers this summer.

If convicted, Herb and the other defendants (Lauren Handy, Jonathan Darnel, Jay Smith, Paulette Harlow, Jean Marshall, John Hinshaw, Heather Idoni, William Goodman, and Joan Bell) each face up to 11 years in prison, three years of supervised release, and a fine of up to $260,000.

Herb is currently working to secure legal representation in this case. Money donated will help Herb travel to court dates and other costs that arise before the trial.

Here is a link to the GiveSendGo.

For the antidote to media bias, check out ProTrumpNews.com…

The post Pro-Life Activist Indicted By DOJ Speaks Out – “DOJ As A Weapon Against Political Dissidents” appeared first on The Gateway Pundit.