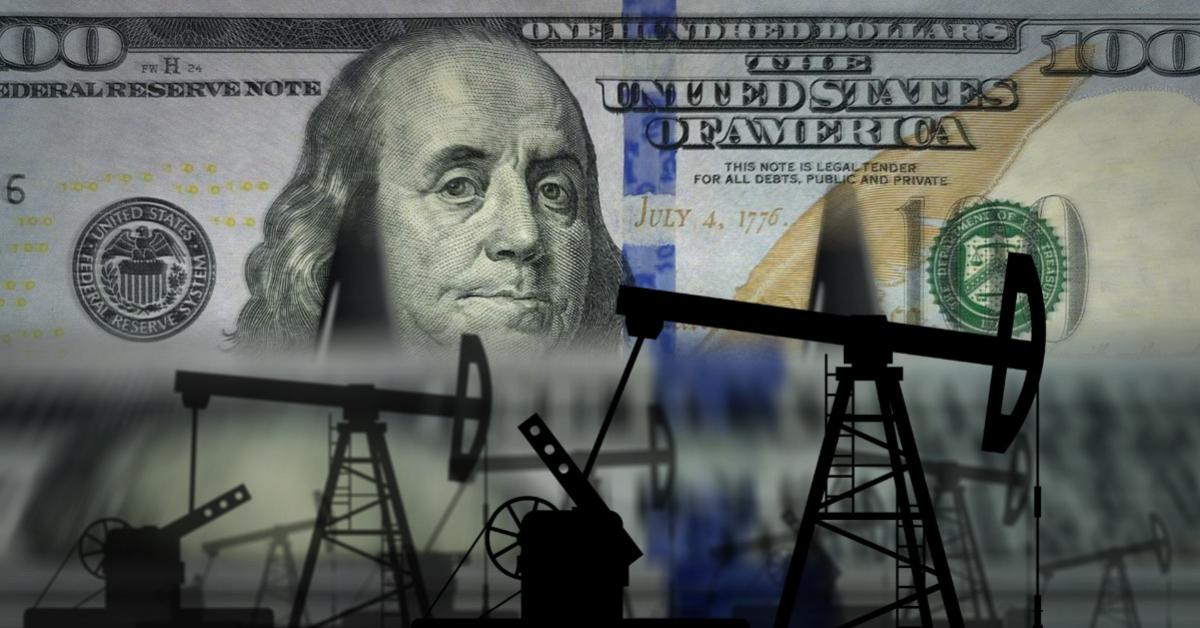 The end of world dollar hegemony is coming and hardly anyone in government is taking notice or even understands what this means. Since the Bretton Woods Conference in 1944, the dollar has been the only currency accepted throughout the world for settlement of international trade accounts among nations.

Prior to 1944, physical gold was used for international settlement. When an exporter in country A sold goods to an importer in country B, country B would pay with its own currency. But country A would have no interest in allowing country B’s currency to build up in its vaults beyond an amount required to settle its own importers’ needs. Thus, country A would demand that country B redeem its own currency in gold. Sometimes country B would ship physical gold to country A. Or perhaps gold held in safekeeping in a third country would be designated as now belonging to country A, a book entry transaction that is more convenient than physical movement.

The Bretton Woods Agreement and Its Demise

The Bretton Woods Agreement added the dollar as tantamount to physical gold at $35 per ounce. The reason was simple: at the end of World War II the United States had accumulated a preponderance of gold, due primarily to its role as the “arsenal of democracy.” Thus, central banks could exchange dollars for settlement rather than moving or redesignating the ownership of physical gold. The weakness of this system was that the world had to trust the USA not to create more dollars than it could redeem for gold at $35 per ounce. But central banks always had the option to demand physical gold from the USA and hence ensure that their trust in the measure of $35 per ounce was fully supported.

After approximately twenty years of this arrangement the market became concerned that the USA was not living up to its obligations. The origin of this concern was centered in France. President Charles de Gaulle himself was a firm proponent of the classical gold standard as was his financial advisor Jacques Rueff. Starting in the late 1960s de Gaulle ordered the Bank of France to redeem 80 percent of its vast dollar reserves for gold. Other central banks followed suit, and a typical bank run developed.

As USA gold reserves reached critically low levels, President Richard Nixon took the USA off the gold exchange standard, as the system of central bank redemption was called, in the fall of 1971. It did NOT devalue the dollar to gold, which it could have done, and promise to stop dollar expansion. Instead, the USA simply ended dollar redemption for gold, allowing the USA to create as many fiat dollars as the world market would accept.

It turned out that the world market would accept a lot of fiat dollars. A major reason was that Saudi Arabia, the world’s largest oil producer, agreed to demand payment in dollars for its oil, thus creating worldwide demand for dollars.

The Petrodollar Era Supplants Bretton Woods, but Its End Is Nigh

This “petrodollar” arrangement is now breaking down, due to the ever-accelerating debasement of the dollar. The cause of the debasement is the unholy alliance of the Federal Reserve, the US central bank, and the US government. The Federal Reserve creates, out of thin air, all the dollars that the government needs to maintain its massive and ever-increasing spending deficit. The monetization of these deficits has led to a loss of dollar purchasing power at an accelerating rate.

The purpose of explaining all this is to give background to the currently developing situation. For almost eighty years the federal government has been able to spend as much as it desired, knowing that the world either would hold its dollars or that the Fed would monetize whatever the market would not accept—i.e., the Fed would buy the government’s debt itself and (figuratively) print the money it would give to the Treasury. The Fed would then hold the debt on its own balance sheet. The sheer scale of its intervention is shocking. In 2008 the Fed’s balance sheet what slightly under $0.880 trillion. Today it is $8.816 trillion. (See this graph from the Fed’s own website.)

So, what did the federal government do with all that newly printed money? It spent it on war and welfare, of course. Lyndon Johnson’s Great Society welfare state is now firmly entrenched and constantly expanding. The American military has intervened in every corner of the world. It seems that all that is necessary for the USA to intervene militarily is for some local disputant on the other side of the world, with its own incomprehensible historical animosities, to claim that its neighbor is invading its sovereign territory and/or committing atrocities. The American people are whipped into a frenzy of righteousness and off we go to Timbuktu. The result is thousands of dead, billions squandered, and the local situation even worse than before.

All this mayhem could only be funded by worldwide acceptance of the fiat dollar. But much of the world has had enough. There are several organizations that are cooperating to develop an alternative to the dollar for the settlement of international trade. The BRICS (Brazil, Russia, India, China and South Africa), the Shanghai Cooperation Organisation (SCO), and the Eurasian Economic Union have formed a working group to develop a commodity based medium of exchange to replace the dollar as the premier means for the settlement of international trade. Goldmoney’s Alasdair Macleod has written extensively about this project. More countries—especially countries currently using the dollar, such as Saudi Arabia—have announced their intensions to join the project. More, many more, will follow Saudi Arabia.

How to convey the importance of this development to the general public? It all seems complicated and probably years away. Plus, it may not work. That is the purpose of the next part of my article.

Let’s break this down to the individual level, so that everyone can grasp its full meaning. Let us assume that you were handed a checkbook and told that you could write as many checks as you wished in any amount you desired and, most importantly, no one would refuse to take your check, and no one would cash it because the checking account has no money anyway. Whoever receives the check can only pass it along, via ordinary trade, to someone else.

First, you can see that once this money is created by you, it will never be destroyed. It will continue to grow every time you write a new check. In other words, the money supply will grow according to your propensity to spend. Now let’s assume that when given this magic checkbook, you had been a frugal and responsible person. That’s one of the reasons that you were given it in the first place. For some time, you continued to live frugally, but over the years your self-control breaks down and you start to spend.

To placate your conscience, you spend some of the money on others—i.e., the poor, the elderly, the disabled, etc. But eventually you succumb to ever increasing DEMANDS for money to compensate the victims of all kinds of disasters. If you don’t send money to the suffering masses, you are condemned by all.

So, you spend. Then you decide that you should spend money on rehabilitating humanity, exploring the solar system, funding higher education. The DEMANDS for money from your magic checkbook grow and grow. If you try to moderate your spending, you threaten to damage your reputation internationally.

Rise of a Competing Reserve Currency

This is where the world is headed, because the USA cannot force sovereign nations to accept the dollar, especially if there is another and better choice. The USA has not lived up to its responsibility to protect the purchasing power of the dollar via controlling its supply. Lord Acton’s warning is as important today as ever—i.e., “Power tends to corrupt, and absolute power corrupts absolutely.”

The new SCO currency will supplant the dollar as the world’s premier reserve currency primarily because it will be backed to a large extent by commodities and it will not be under the control of one sovereign country but a number of sovereign countries, all dedicated to its monetary health in ensuring the free flow of international trade and payments. It will be a loss for the dollar, of course, and for the USA, but frankly, the world will benefit overall.