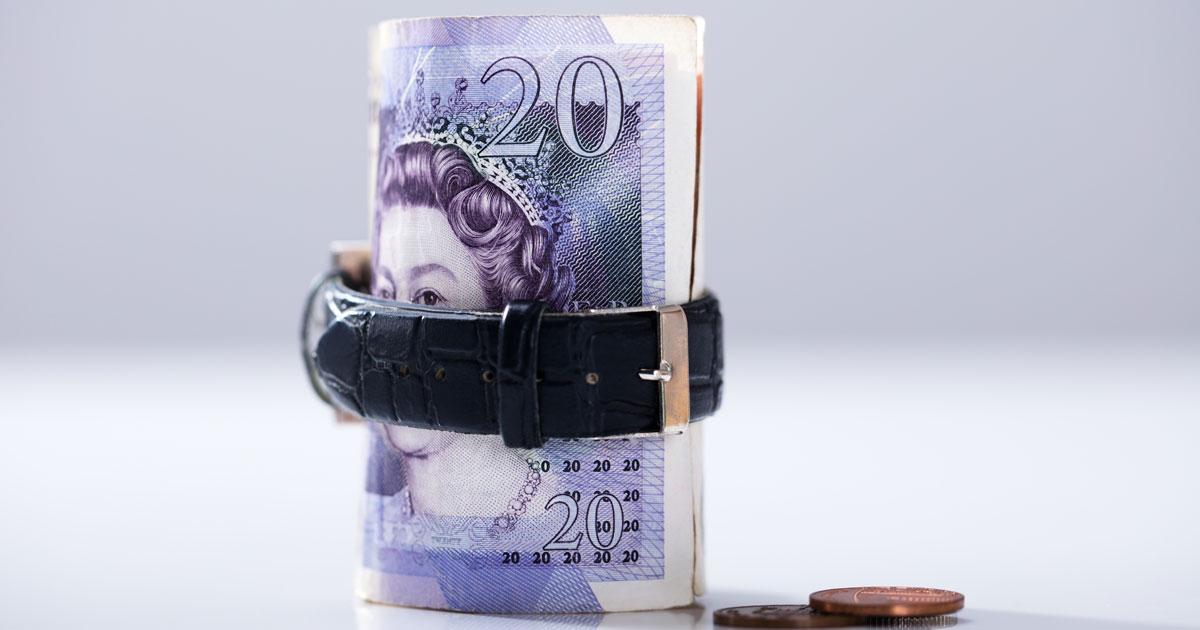 Despite much anticipation, the economic recovery plan proposed by Britain’s Tory Party after the departure of former prime minister, Boris Johnson, is missing one key ingredient—spending cuts. The new “temporary budget” presented by short-term chancellor of the exchequer Kwasi Kwarteng proposed tax cuts and regulatory reform but not spending cuts. According to The Spectator (London) on October 12, 2022: “Liz Truss told PMQs [Prime Minister’s Questions] there would ‘absolutely’ not be any cuts to public spending. Downing Street clarified that ‘government spending will continue to rise.’”

Ms. Truss’s tenure as prime minister lasted all of seven weeks. New prime minister Rishi Sunak and his new chancellor of the exchequer, Jeremy Hunt, have canceled the small tax cuts but have said nothing so far about spending cuts. Ms. Truss’s promise to compensate the entire population with government handouts in order to mitigate higher energy bills apparently goes ahead. In fact, once a political party dangles a new spending program in front of the electorate, it is seldom rescinded. The “triple lock” on pensions is another example of a spending tsunami that has now become sacrosanct. This exposes a serious misconception of the real impact of government spending on the economy. Of course, Keynesians see nothing wrong and lots that is right about increasing government spending, especially if the goal is to spur the economy to create more “aggregate demand.”

Any supposed increase in economic performance is nothing more than an increase in monetary inflation. Resources that had been directed to satisfying private demand now are satisfying government demand. If these were one and the same—i.e., that government spending was just as effective in meeting private needs as private spending—then logic tells us that there would be no reason for government to increase spending at all. Therefore, government spending pulls resources out of the economy and wastes them to some unknown extent. Overall, the economy retreats in its ability to satisfy real needs.

In his magnum opus Man, Economy, and State, with Power and Market, Murray N. Rothbard discredits the whole idea that government spending contributes something to satisfying consumer needs. Where does government get this money that it uses to satisfy the needs of “fill in the blank” (the military, welfare recipients, corporate handouts, etc.) If not from the productive economy? Rothbard says that “we must conclude that the government’s productive contribution to the economy is precisely zero.” Further down the page he elaborates on this theme by pointing out that “private consumers would have done something … more productive” Therefore, “the government’s spending is not simply zero, but negative for it has imposed a loss in productivity upon society.”

Perhaps using an individual actor’s dilemma would be more helpful to understand Rothbard’s very important point. Private homes deteriorate over time. They require constant upkeep just to keep them in the same functional condition. Private homes need new roofs every few decades, repainting, restuccoing, repairs to the driveway, plumbing, etc. If government raises taxes for any reason the homeowner has fewer resources with which to maintain his property in good condition. If the government prints money instead of raising taxes, the result is approximately the same, because maintenance costs will increase in dollar terms. Economists refer to this phenomenon as “the inflation tax.”

Government spending destroys economies, whether taxes increase or not. It is the spending itself that sucks real, productive resources from the economy. Britons will be bitterly disappointed that the economy does not recover and may actually regress due to their politicians’ unwillingness not only to cut spending but their willingness to increase it.