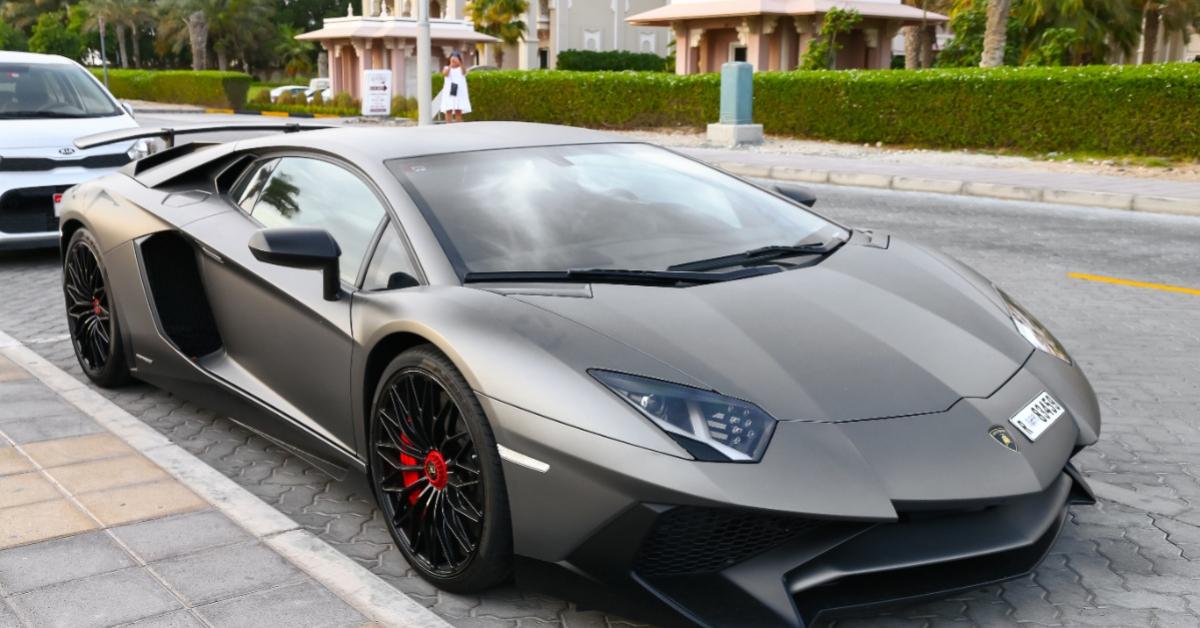 Have you ever lusted for a Lamborghini? I have. Specifically, the Lamborghini Aventador LP 7~00-4 Roadster convertible. There’s only one thing stopping me from getting one.

With options, it sells for just under half a million dollars. That’s for a car, a special car, but by no means the most expensive. If I wanted to, I could try talking the company into producing another Lamborghini Veneno, which sold for $4.5 million when it was introduced in 2013. Zero to one hundred kilometers (zero to sixty-two miles) per hour in 2.8 seconds. Of course, one buys a Veneno for more reasons than that.

Yet I wonder how the owner of one would feel if he or she came up against, say, a Suzuki Hayabusa or a Kawasaki Ninja ZX-14R, both street-legal production motorcycles that could hold their own against a Veneno. If you sink $4.5 million into your wheels and come up short against a machine costing one-three hundredth that but which still draws attention to its sound and looks, that’s not good.

Lamborghini only made three Venenos, one in each color of the Italian flag. They sold all three sight unseen. You billionaires will shrug at that, but I don’t.

No money, no Veneno. But wait—I don’t actually need to own $4.5 million, do I? I could always try borrowing it.

I could talk to a bank loan officer, just to see the look on her face. I bet at least one of us would laugh. And, of course, even if she went insane and loaned me the money, I still couldn’t convince Lamborghini to sell me a car.

So, no money, no loan, no Lamborghini. End of story. I stick with my paid-for truck or some other bourgeois four-wheeler.

But I can’t quite give up. I could sublimate the craving for automotive power into some other realm. I decide to run for political office.

I run on the slogan “No Money, No Problem.” In debates with my opponents, I point out that John Maynard Keynes is the most influential economist in the world and Keynes said money ideally should be interest-free to stimulate investment. There were those who were upset with this simplistic interpretation, but since no one knows what Keynes meant, the interpretation is up for grabs.

Assuming the economy is at less than full employment—and when is it not?—money should be available interest-free. Interest meant capital was scarce, but how preposterous is that when government is part of the picture? “Let each become all he is capable of being,” I add, recalling a slogan from my state college days.

This sounds good to most ears. My strongest supporters, most of whom are college educated, consider this an enlightened position. So do most trained economists, some of whom endorse me. On election day, I win by a landslide.

Years pass. I write a book. I go on TV talk shows every chance I get. I don’t talk about Lamborghinis. I talk about the economy and how accommodation is the key to making things better. I make a name for myself. My political party likes my prospects for the presidency. So do other people not directly associated with politics, people with a large stake in the status quo. People who could buy a Veneno tomorrow.

My enemies charge me with favoring unlimited government debt. I reply with a crisp “So what?” Aside from President Andrew Jackson’s driving the debt to zero in 1835, we’ve always had an astronomical debt, and it hasn’t hurt us. What hurts us is thinking it will hurt us. We keep our creditors happy, so why worry about debt? We can’t be the country we’re capable of being if we shun debt.

Commoners feel a little uneasy about embracing inconceivable levels of debt, but they’re in debt themselves and haven’t fallen off the planet, so they’re okay with it, sort of. Any fears they have about the arrival of a reckoning day are soothed by government economists who tell them “we owe it to ourselves.”

I run for the presidency. It’s a tough campaign, full of the usual dirt, but I win.

I’ve become president of the United States and commander-in-chief of the armed forces. Let me assure you—I have power, real power. Keep your zero-to-sixty times. When I go places, I travel on Air Force One. Air Force One! You don’t think about Lamborghinis or Kawasakis when you have a plush monster jet at your disposal. Besides, I have other interests.

I want to leave a legacy. I want to be remembered as a great president.

I’m comforted by the thought that the greatest presidents in US history have been war presidents—Abraham Lincoln, Woodrow Wilson, Franklin Roosevelt. I’m also comforted by the knowledge that they were complicit in getting the enemy to fire the first shot. They knew war was good for the country even if the countrymen they represented strongly disagreed. And there was one other advantage they had most people don’t acknowledge.

One day, trouble erupts in some Asian backwater. Few Americans have even heard of it, but CIA agents stationed there tell me it’s a threat to national security. I do the right thing and intervene—no boots on the ground, though. Everything is done with drones.

Our rival Russia gets upset. President Buturovich issues ultimatums. Who is he kidding? The rest of the world, that’s who. I give him a call. We agree to have a limited war in a neutral theater. Military people talk about theaters all the time.

As soon as I hang up, China gives me a call. Those ingrates! Those snoops! They won’t let us have our war. They’re threatening to stop loaning us our dollars if we pursue a military option, as they put it. Something about disrupting their markets.

I tell them they can continue making iPhones. Americans will buy them, even if a few Asians will be too busy dodging drones to stay in the market. They grudgingly accept it. I’ve got a legacy to pursue. They understand.

I meet with my Treasury secretary. I appointed him. We’re old pals. I ask him what he thinks war with Russia will cost. He wonders why I ask. I tell him. He resigns. He doesn’t want that legacy.

I go to another friend and ask him if war without a tax increase is feasible. He laughs. He used to head the Federal Reserve Bank of New York. He’s an expert at arranging deals of any size. He’s good friends with the chairman of the Fed. So, I appoint him Treasury secretary. The two of them assure me there will be no monetary impediments to my plans.

How could there be? It takes money to fight a war, and the Fed controls the money supply. And I appoint the guy who runs the Fed. Neat.

How different life is at the top. I’ve got the Fed at my side. I can join the other war presidents. No money? No problem.