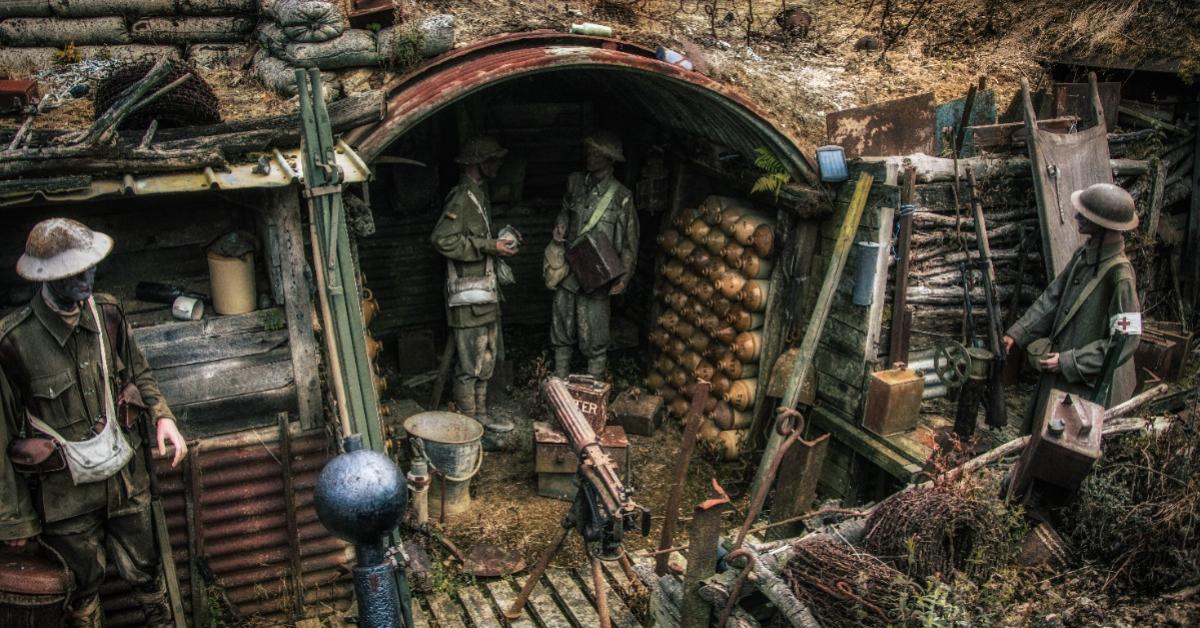 Commentaries about World War I frequently discuss causes and consequences but almost never mention the enablers. At best, they might mention them approvingly, as if we were fortunate to have had the Fed and the income tax, along with the ingenuity of the liberty bond programs, to finance our glorious role in that bloodbath.

Economist Benjamin Anderson, whose Economics and the Public Welfare has contributed greatly to our understanding of the period 1914–46 and is a book I highly recommend, nevertheless takes as a given that the Fed and the income tax had a job to do, and that job was supporting US entry into World War I. After citing figures purporting to show how relatively restrained bank credit expansion was during the war, Anderson writes:

We had to finance the Government with its four great Liberty Loans and its short-term borrowing as well. We had to transform our industries from a peace basis to a war basis. We had to raise an army of four million men and send half of them to France. We had to help finance our allies in the war, and above all, to finance the shipment of goods to them from the United States and from a good many neutral countries.

We had to do none of these things. Only the government made them necessary, and the government was not acting on behalf of its constituents when it formally entered the war in April 1917. The US was not under serious threat of attack. The population at large, Ralph Raico tells us, “acquiesced, as one historian has remarked, out of general boredom with peace, the habit of obedience to its rulers, and a highly unrealistic notion of the consequences of America’s taking up arms.” He reports:

In the first ten days after the war declaration, only 4,355 men enlisted; in the next weeks, the War Department procured only one-sixth of the men required.

Bored with peace they may have been, but it was hardly reflected in the number of volunteers.

While the war industries were poised to rake in record profits, Marine major general Smedley Butler, who was awarded his second Congressional Medal of Honor in 1917, provides details on the fighting men’s share in this bonanza:

It was decided to make [the soldiers] help pay for the war, too. So, we gave them the large salary of $30 a month.

All they had to do for this munificent sum was to leave their dear ones behind, give up their jobs, lie in swampy trenches, eat canned willy (when they could get it) and kill and kill and kill … and be killed.

Half of that wage (just a little more than a riveter in a shipyard or a laborer in a munitions factory safe at home made in a day) was promptly taken from him to support his dependents, so that they would not become a charge upon his community. Then we made him pay what amounted to accident insurance—something the employer pays for in an enlightened state—and that cost him $6 a month. He had less than $9 a month left.

Then, the most crowning insolence of all—he was virtually blackjacked into paying for his own ammunition, clothing, and food by being made to buy Liberty Bonds. Most soldiers got no money at all on pay days.

The “bonuses” awarded the veterans were silver certificates that came with a catch—although the men could borrow against them, they couldn’t redeem them until 1945(!). The Depression deepened in 1932; the so-called Bonus Army of veterans, family members, and friends marched on Washington to demand immediate payment of their promised compensation. After a clash with police that left two protestors dead, General Douglas MacArthur led a tank assault that drove the Bonus Army out of Washington.

In 1936, the government decided to replace the silver certificates with Treasury bonds that could be redeemed immediately.

One could argue that states are the true enablers of hell on earth, since only states have entrenched systems of wealth predation and can employ kidnapping (conscription), propaganda, and other means to create a world war.

But is working toward a stateless world a worthwhile use of one’s time? If 2.5 million veterans of the war to end all wars couldn’t get the government to pony up a bonus until nineteen years after they paid stay-at-home bureaucrats, how can we possibly get rid of government itself?

Given that states have the power to wipe out all life on the planet, we should at least consider them an alien presence. That they haven’t reduced the world to ashes already is not a sign of caring and careful leadership. Combine their monopoly on legal force, nuclear arsenals, a rabid foreign policy, monumental bureaucratic bungling, and the steady hum of printing presses and withholding taxes, and you have a formula for turning the earth into a moonscape.

If we can’t rid the earth of states, we can at least try to disempower them. Whatever belligerent aspirations US and other world leaders may have, these would be mere pipe dreams without the wealth-sucking arms of the state. States that can’t get money for war can’t go to war, or as Pat Buchanan might put it: no money, no war.

In a footnote to Rights of Man, Thomas Paine wrote: “It is scarcely possible to touch on any subject, that will not suggest an allusion to some corruption in governments.”

Given his proposals for government involvement in our lives, modest though they were, Paine seems to have forgotten his own profound observation.

We would do well never to forget it.