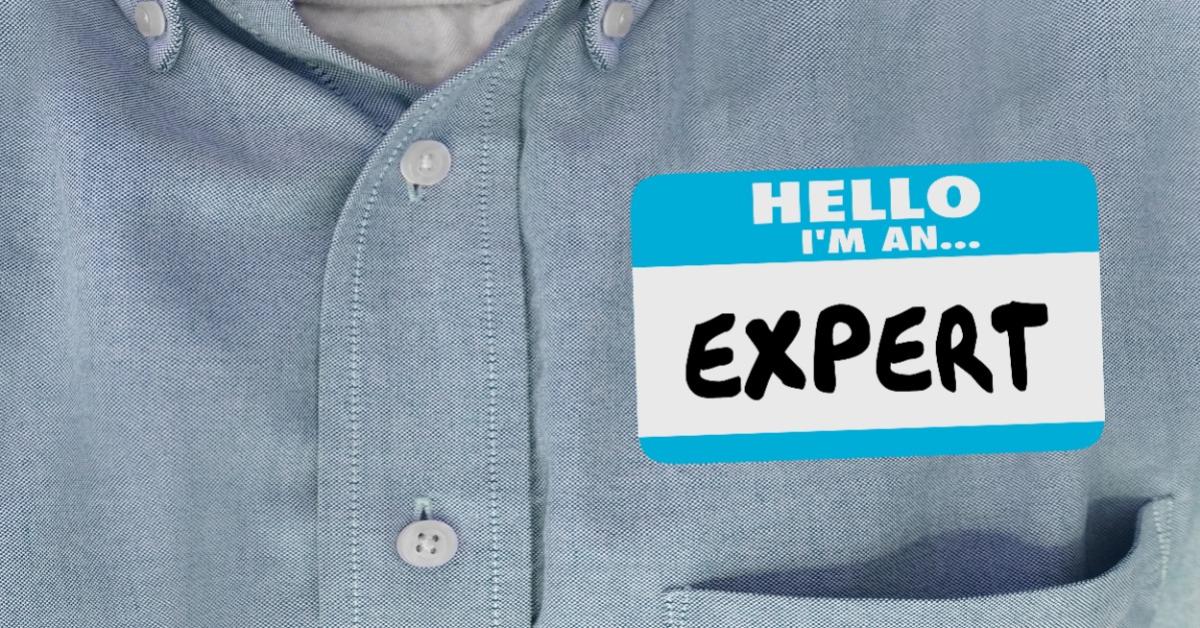 It can be argued that the world has reached the sorry state it’s in today largely because academics, politicians, “distinguished experts,” and “recognized authorities” did not have the humility to admit their own mistakes or to at least recognize the limits of their knowledge. Of course, this is far from a new affliction in societies and political systems. Hubris was among the most terrible sins that the ancient Greeks warned against, and there have been too many narcissists in positions of power to count since the emergence of the first organized societies. People who believe they know best, not just for themselves, but everyone else too, are naturally attracted to roles that would allow them to impose their will, their morality, and their values on their neighbors.

However, one also can argue that the problem is much more prevalent today than at any other time in our history. The modern news landscape, both mainstream and social media, the supercharged propaganda machines of all developed nations, and our public education system, ensure that dangerous figures will hardly be challenged by anyone once presented to the public as de facto, “recognized,” and “widely accepted” authorities. This is also true of politicians, but things are infinitely more perilous when it comes to science. The average citizen can more easily question a political stance directly, whereas it can be impossible to judge the merits of a scientific one without detailed and specific knowledge.

Therefore, it is much easier to “sell” any academic, from professors to junior researchers, as an “authority,” one that must be obeyed and never questioned. They can freely give us all advice on how to live our lives, and they can even dictate policy, despite the fact that usually that kind of thing tends to have side effects in areas they have absolutely no clue about. Once placed on their pedestals, they become “anointed.” They don’t even have to share their qualifications, their accomplishments, or any testimonies from their peers.

Their professional records are irrelevant; well, their failures, at any rate. After all, how could you, average Joe, even begin to use your untrained, unspecialized brain to judge the particulars of their CVs or their research? After all, what do you know about climatology, about infectious diseases, or about macroeconomics? Isn’t it hubris on your part to dismiss the decades of dedication and work that someone else invested in a single subject and to believe that you know better?

These would be fair arguments if we lived in an unbiased world where open debate and independent thinking were actually encouraged. In that world, multiple experts would engage in public exchanges and challenge each other by presenting relevant, contradictory findings and evidence for different theories. And every viewpoint would be explored and scrutinized, in a grand competition of ideas. Those hypotheses and models that matched real-life observations and had more accurate predictive value would be promoted to theories, and only then could we base our policy making upon them. But just as easily, old ideas would be consigned to the ash heap of history once better ideas came along. This is the scientific method, the product of reason; everything else we see today is the product of a cult mentality.

And it yields the results one would expect: catastrophically wrong “theories” with devastating consequences for entire nations, even the entire world. We’re seeing much of this play out in real time today. The demented fanaticism of the West and its leaders’ monomaniacal obsession with the “green” agenda have led to an energy crisis like no other. In Europe, guided by “expert advice,” the policies of the last decade and the premature transition away from fossil fuels have left most countries almost entirely dependent on imports. Skyrocketing electricity bills have already crippled countless households and this self-inflicted crisis even has the potential to cost actual lives this winter.

Another area where this phenomenon is painfully obvious is the “dismal science.” The field of economics has arguably produced some of the most dangerous “authorities” the world has ever seen. Once placed in a position of power, in a central bank or in a finance ministry, for instance, the chaos they can wreak is frightening and truly lasting. This is because the general public really has no understanding of even the most basic economic principles and no grasp of monetary history, and it is justifiably intimidated by the jargon used. This is why central bankers can deflect the blame so easily each time their policies go awry and why “respected economists” can sell nonsensical but popular ideas as “fact,” just as we saw with “modern monetary theory.”

A rare exception can be found in Austrian economics. Economists of this school understand very well that the economy is an extremely complex, living organism and that there is no such thing as a homo economicus or a perfectly rational actor that behaves exactly as a model predicts. No, there are no such creatures, we only have humans to work with, for better or for worse. As Walter E. Block put it in a recent article:

I think the steadfast refusal of Austrians to engage in economic predictions is consonant with our limited powers. We can explain economic reality and understand quite a bit of it, but unless “all else is constant” which it never is, we cannot predict, at least not qua economists. Intellectual modesty is of great value. Do I predict that one day mainstream economists will come to see the error of their ways in this regard? I hope so, but, as an Austrian economist, I make no predictions either way.