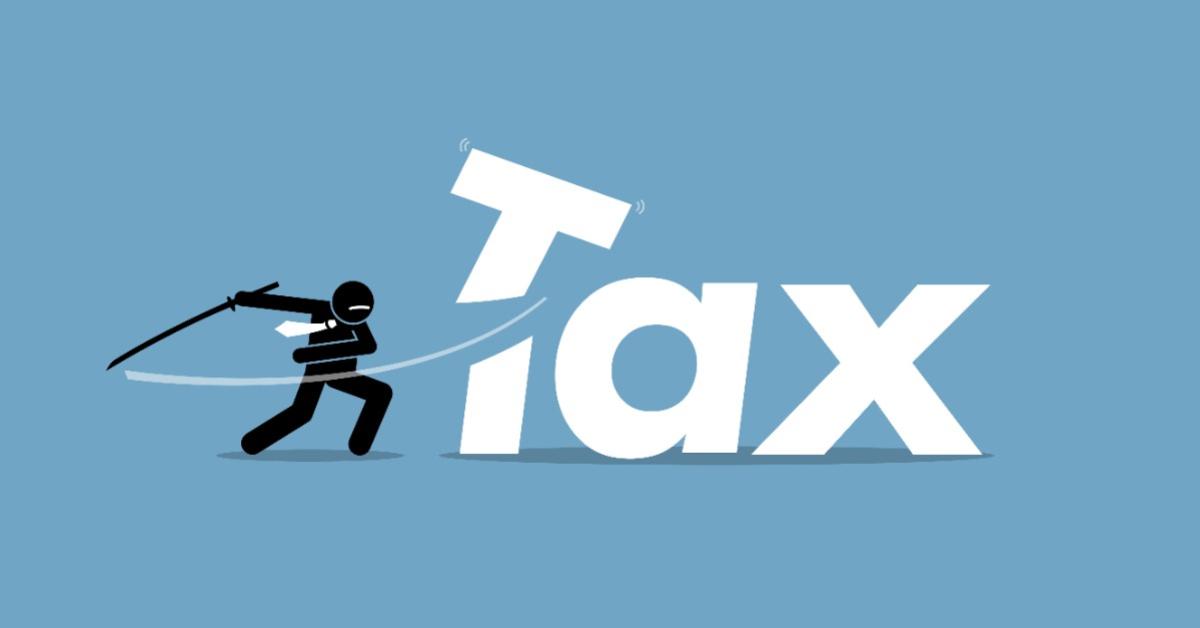 Whatever you make of it, Trussonomics didn’t detain us long. Liz Truss was appointed prime minister of the United Kingdom on September 6. A would-be Margaret Thatcher, Truss appointed as her chancellor of the exchequer fellow free marketeer Kwasi Kwarteng, who gave his emergency “mini budget” to Parliament on September 23. The mini budget was a free market–themed, tax cut–led “dash for growth” that aimed to put the UK economy on a path to prosperity.

However, it was badly received by the markets. The pound promptly fell sharply and the long-dated gilt (or UK government bond) market collapsed the following week. The week after that, a revolt began among Conservative MPs that led to the mini budget being scrapped, Kwarteng getting fired, and Truss resigning on October 25. She had only been in office for fifty days, the shortest ever term of office for a UK PM. Truss was more Lady Jane Grey than Lady Thatcher.

In this posting, I take a closer look at the Trussonomics experiment. My take is that it was fiscally reckless. Truss and Kwarteng ignored clear warnings that the government had a fiscal credibility problem. Instead, they should have put fiscal prudence at the center of their program and accompanied their tax cuts with even larger cuts in government spending to reassure the markets.

Let’s begin with the economic thinking and the people behind it. Kate Andrews provides some light on these issues in her September 3 Spectator article, “Trussonomics: a beginner’s guide.” When polls started to show Truss well ahead in the Conservative leadership campaign, she was challenged in an interview to name a single economist who supported her tax-cutting agenda. She named Patrick Minford, who had been an economic advisor to Margaret Thatcher. Soon afterward, other economists began to support her, and the term “Trussonomics” began to gain currency. These economists included Julian Jessop, a former city economist with links to the Institute of Economic Affairs (IEA), and Gerard Lyons, another former city economist who had advised Boris Johnson.

All three were tax-cutting supply siders who believed that it is the long-term trajectory of government debt that matters, not short-term spikes in borrowing. When asked about the possibility of a negative market response, Jessop responded, “If tax cuts do mean more borrowing in the short term, I’m completely relaxed about that. I suspect the markets will be as well.”

What strikes me about these comments is their casualness about what, even then, was the elephant in the room, the fiscal credibility of the measures they were proposing and in particular how they would be received in the markets. Jessop and his colleagues seemed to presume that the markets would share their optimism. I am reminded of a joke about an economist and a can opener.

There is a further problem. As Andrews explained:

One thought I can’t escape when speaking to Truss’s economic gurus is that … to get debt down in the long term, surely public spending cuts are necessary. Yet Truss is pledging tens in billions of pounds of extra spending … [and] all this will come on top of her £50 billion tax cut pledges.

The failure to address this issue would be another reason for markets’ doubts about the Trussonomics program.

The main features of the mini budget were a series of tax cuts and cancellations of previously planned tax increases, an expensive (£60 billion a year) and not especially free market spending measure to cap households’ energy costs, a 2.5 percent annual gross domestic product growth rate target, a fiscal deficit set to double to almost 10.0 percent of GDP, and plenty of free market and supply-side rhetoric. There were no explicit spending measures, but increases in government spending could reasonably be read into Kwarteng’s mini-budget statement.

Kwasi Kwarteng’s Budget is a moment in history that will radically transform Britain. This was the best budget I have ever heard a British chancellor deliver, by a massive margin. The tax cuts were so huge and bold, the language so extraordinary, that at times … I had to pinch myself to make sure … that I hadn’t been transported to a distant land that actually believed in the economics of Milton Friedman and FA Hayek.

The IEA director general Mark Littlewood said, “This isn’t a trickle-down budget, it’s a boost-up budget. The government has announced a radical set of policies to increase Britain’s prosperity…. This is a very encouraging start, but the government must not take its foot off the pedal.” Later that day, he added that “the success or otherwise of the government’s policies would be a real test for the IEA view of the world.” These comments staked the IEA’s credibility on the success of the mini budget and are now coming back to vex it.

Minford wrote that “Trussonomics is already slaying the demons of stagflation. We need more of it.” In my opinion, however, these and similar reactions focused too much on Kwarteng’s rhetoric and not enough on the substance of his package and were themselves weak on substance.

The reaction of the rest of the commentariat was overwhelmingly negative. The reactions from the Left were predictable—a “trickle down” budget, “Robin Hood in reverse,” and antagonism almost on principle to tax cuts, especially “for the rich.” There was also the oft-repeated criticism that the tax cuts were “unfunded,” based on the nonsensical premise that a tax cut could only be justified if it were “funded.”

But as Matthew Lynn observed, “There’s no such thing as unfunded tax cuts.” You see, the government never funds a tax cut, because it is our money in the first place. When the government cuts taxes, it does not take out money from some fund it has previously accumulated and hand that money to us. Instead, it merely takes less of our own money away from us in taxes.

Among the more informed criticisms was one by Larry Summers, who wryly observed, “I think the UK is behaving a bit like an emerging market turning itself into a submerging market.” And a damning indictment from the Institute of Fiscal Studies:

Today, the Chancellor announced the biggest package of tax cuts in 50 years without even a semblance of an effort to make the public finance numbers add up. Instead, the plan seems to be to borrow large sums at increasingly expensive rates, … and hope that we get better growth…. Mr Kwarteng has shown himself willing to gamble with fiscal sustainability in order to push through these huge tax cuts…. Mr Kwarteng is not just gambling on a new strategy, he is betting the house. (my emphasis)

The mini budget was also compared to an earlier Conservative “dash for growth.” In 1972, Anthony Barber, then chancellor, announced a package of big tax cuts and higher government borrowing that initially boosted the economy but then led to high inflation and economic chaos that culminated in a hard-left government in 1974 and an International Monetary Fund bailout in 1976. The Barber boom is a textbook case of the dangers of fiscal largesse.

In my opinion, these are reasonable concerns. Some free market economists also voiced reasonable concerns. In his September newsletter, Tim Congdon announced that he was “horrified by Trussonomics” because “tax cuts today mean more public expenditure in the future” to service a larger government debt. He then criticized Minford for telling the Daily Telegraph’s Simon Heffer that

Mrs. Thatcher would approve of “what Truss promises to do”. Minford even referred … to the [successful but controversial] 1981 Budget, when taxes were increased by 2 percent of GDP in order to bring the budget deficit under control…. But the 2022 Kwarteng [mini budget] … was the exact opposite … Trussonomics is a wild and reckless adventure.

Nor should we forget that Thatcher was fiscally cautious, and it was not until the 1988 budget that big reductions in personal tax rates were made.

Another critic is the IEA’s Christopher Snowdon:

Previous governments had at least paid lip service to balancing the books. The Truss administration didn’t even bother pretending…. [Trussonomics was] a kind of right-wing Keynesianism, seeking to stimulate spending by borrowing money to cut taxes…. [As a result] everyone is now a fiscal conservative. This is Liz Truss’s accidental gift to the nation…. She has shown that … the era of big borrowing has come to an end.

In a nutshell, the problem with the mini-budget was that it entailed huge and permanent increases in government borrowing at a time when markets were hyper-nervous…. Where the government got the inspiration for those plans from, I don’t know, but they certainly did not get it from us.

And what is my opinion? I think that Truss and Kwarteng made two major mistakes. The first was that they ignored clear warnings that the government had a fiscal credibility problem. To ignore such warnings when they could have put forward a fiscally prudent budget was reckless and undermined all they were trying to do. The second mistake was their failure to accompany their tax cuts with even larger cuts in government spending to demonstrate that their mini budget was fiscally responsible. Such cuts are necessary not only for fiscal prudence reasons, but also because the UK government sector is way too large already. The UK needs both tax cuts and government spending cuts to get back to the low-tax, small government model that is the key to its future prosperity.

The Trussonomics fiasco provides an ideal case study of the pitfalls of naïve Lafferism, but it is to be regretted that this instructive experiment has set back the free market cause in the UK for a long time to come.