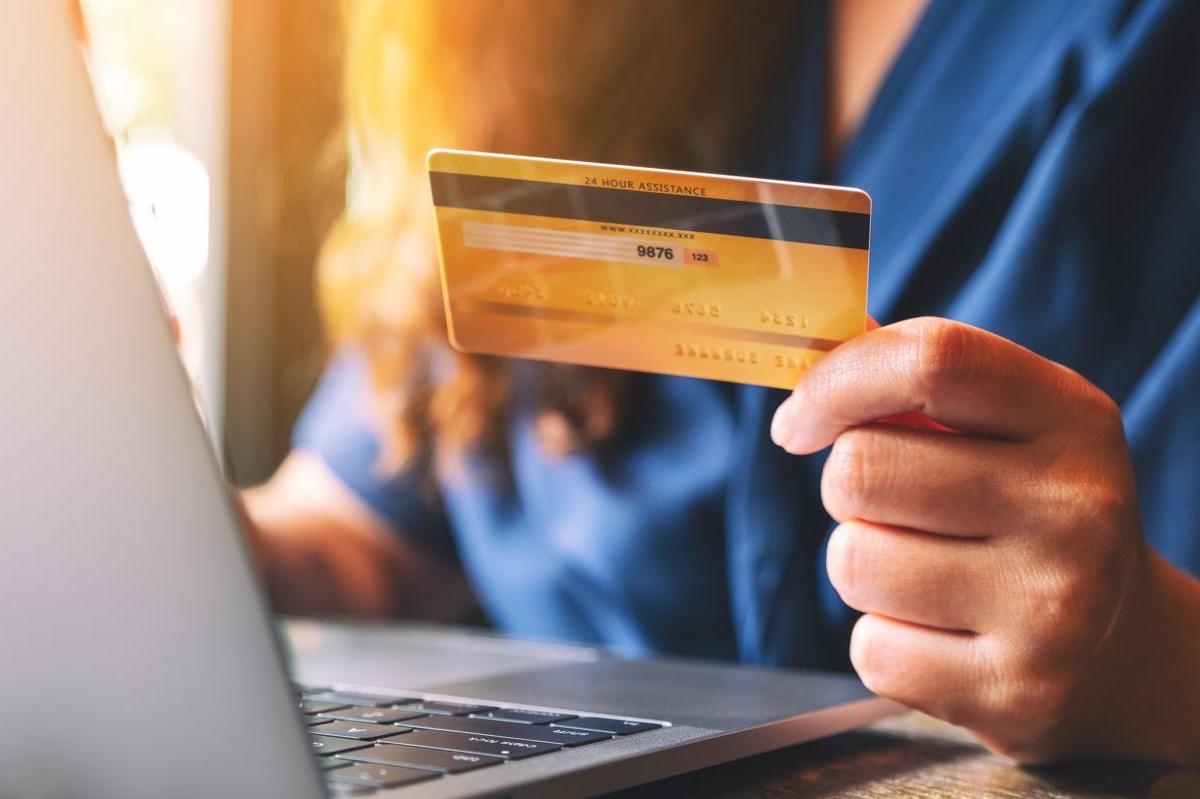 As interest rates rise on everything from mortgages to car loans to Treasurys, that also means interest is rising on credit card debt. That’s not exactly great news as so many indicators point to a recession—and the worsening job situation that comes with it—on the horizon. Many Americans may soon find themselves in a situation with more debt at higher interest rates, all while real wages are falling.

Earlier this month, Bankrate.com reported that the average credit card interest rate has climbed to 19.04%. That’s a 30-year high and the highest rate since 1991, when the rate hit 19%. That can mean real financial trouble for ordinary households, but it’s what we should expect in the wake of this year’s policy shift at the Federal Reserve to finally allow interest rates to drift upward after more than a decade of quantitative easing and ultralow-interest-rate policy. Over the past year, the Fed has increased the target federal funds rate from 0.25% from 4.0%. NBC reports on how this affects credit card debt:

Increasing the federal funds rate cranks up what’s known as the prime rate. That’s the interest rate banks charge their most creditworthy customers. Currently, it is 7%. The final annual percentage rate for a credit card is determined by the prime rate plus a bank’s margin for lending to a given customer.

The new average is a substantial increase from the 16.3% average rate for credit cards at the beginning of the year. According to Bankrate, if you carry a $5,000 balance on a credit card — which is the current national average — making just the minimum payment each month at that rate would cost $5,517 in interest over 185 months, or about 15 years. At today’s 19.04% rate, you would pay $6,546.

Consumers apparently also expect to be spending more with credit cards in the near future, as well, as many are applying for even more consumer credit. According to a new report released Monday from the New York Federal Reserve, Americans are pursuing less new mortgage and auto debt, but continue to turn to credit cards:

Should we be worried about this? Fed economists would tell you no because it is assumed that Americans allegedly have a huge savings stockpile that they can use to avoid defaults or pay down debt. Yet, this casual attitude toward mounting debt appears less and less warranted every day. With the job market softening, real wages falling, and interest rates rising, rising debt levels can’t so easily be waved off.

After all, back in 2021, consumers were indeed using their stimulus checks to pay off credit card debt. They were saving more than they have in decades. Plus, as the Fed further pushed down interest rates, consumers were refinancing home loans into even cheaper loans. Yet, as the new spike in credit card debt shows, those days are over. Moreover, now that the stimulus checks have dried up, the savings rate has plummeted to the lowest level we’ve seen since 2008.

It appears that savings stockpile has not yet been totally depleted, but we’re already well on the way there. Some analysts estimate this means consumers have about nine to twelve months left in that savings cushion.

But this may prove to be optimistic depending on at least three factors: if real wages continue to fall, if job losses mount quickly, and if interest rates continue to rise.

First, there’s the problem of real wages. As we’ve seen, price inflation has been exceeding wage growth, and this has meant ordinary Americans (on average) have seen their real wages fall for nineteen months in a row. That won’t exactly help expand workers’ savings.

Second, it can no longer be said there is an economy-wide worker shortage. Certainly, there do appear to still be worker shortages in retail services and food services, but real estate and tech don’t appear to be faring as well. Rather, every week now brings multiple announcements of new layoffs from tech firms and from real estate/construction firms. After tens of thousands of layoffs announced in recent weeks from Facebook, Amazon, and Twitter, Google announced 10,000 layoffs today, and Fidelity National Information Services announced thousands more. Real estate sales platform Redfin, has recently closed it home-flipping business and cut more than 800 employees.

From real estate to tech to the crypto economy, we can expect more layoffs and losses as easy money tightens up.

And finally, the issue of rising interest rates which, in addition to bringing job losses in the larger economy, will accelerate the burden that new credit card debt places on consumers. This will lead to rising delinquencies and tightening budgets overall. Some observers have suggested that credit card debt is no big deal right now because total credit card debt—even with the current surge over last year’s totals—is not significantly above the longer-term trend. That would be fairly compelling were it not for the fact that these mounting debts are also happening alongside one of the fastest increases in interest rates we’ve seen in decades. Thanks to the Fed getting so behind the curve on price inflation, we’re in the midst of the fastest cycle in rising interest rates since at least the 1980s. Yet, over the past 40 years, rising debt levels have occurred alongside ongoing declines in interest costs. Now that process is going in reverse, and interest rates have rapidly returned to 2007 levels. If the current upward trend in interest rates continue, this could mean a sizable increase in the burden that consumer debt places on ordinary households.

All of this would be made worse, of course, by further slide into recessionary territory. Up until this month’s election, both the Fed and the Administration repeatedly denied that a recession is coming or is already here. This was in spite of two quarters of row of declining economic growth which has generally been labeled a recession by economists. But even if the first half of 2022 ends up not being labeled a recession, the data now strongly points toward one in 2023. The yield curve has inverted, global trade is softening, advertisers are pulling back, and real estate prices are sliding toward declines.

Indeed, now with the election safely over, even some Fed economists are starting to admit a recession is in the works. Eric Rosengren earlier this month admitted that a recession is likely, although he was careful to call it a “mild” recession. This is highly significant because the role of Fed economists is to generally be cheerleaders and to never speak of recessions until they are undeniable. After all, then-Fed Chair Ben Bernanke denied a recession was in the works as late as the first quarter of 2008. That was months after the recession had already started. The Fed always underplays secession risk, so it is remarkable if Rosengren is admitting any sort of recession is likely. Meanwhile, the administration now admits the boom days are over, but is now insisting that a soft landing is possible, and there will merely be a slowing of economic growth.

Yet, for all the positive talk, Americans are piling on more debt just as real wages are falling, job losses are mounting, and debt costs are rising. In all this, we can thank the economists and technocrats at the Federal Reserve for years of malinvestments and an economy of zombie companies and fragile household budgets built on a shaky foundation of easy money and mounting debt. It didn’t have to be this way, but the regime is addicted to easy money and the Fed is more than happy to oblige. Now we have to deal with the inevitable bust that comes after the artificial and unnecessary inflationary boom.