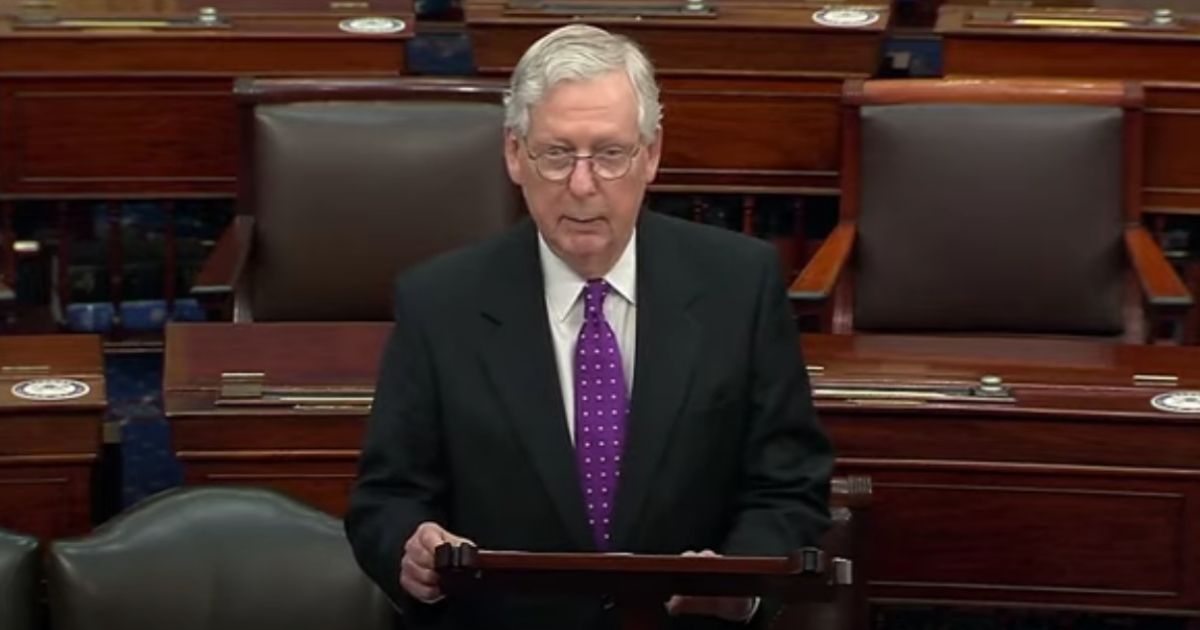 A poll from Rasmussen found that 62% of Republican voters don’t want McConnell as Senate GOP leader – that number rises to 66% among self-identified conservative voters.

The poll also found that only 28% of likely voters have a favorable opinion of Mitch McConnell.

Only 21% of Likely Voters believe Senate Republicans keep McConnell as leader, while 61% think they should choose a new leader. Sixty-two percent (62%) of Republican voters want to get rid of McConnell as Senate GOP leader, a sentiment shared by 58% of Democrats and 63% of voters not affiliated with either major party. Among self-identified conservative voters, two-thirds (66%) want Senate Republicans to choose a new leader.

A majority (53%) of voters under 40 think Senate Republicans should “ditch Mitch,” as do nearly two-thirds of older voters.

Retreating to the Capitol’s Old Senate Chamber for the private vote, Republicans had faced public infighting following a disappointing performance in last week’s elections that kept Senate control with Democrats.

McConnell, of Kentucky, easily swatted back the challenge from Scott in the first-ever attempt to oust him after many years as GOP leader. Senators first rejected an attempt by McConnell’s detractors to delay the leadership choice until after the Senate runoff election in Georgia next month.

This poll was taken before McConnell’s millions carried corrupt Senator Murkowski in the Alaska Senate race – one of the most disgusting anti-American Senators in US history.

Why isn’t the GOP listening to its voters?

For the antidote to media bias, check out ProTrumpNews.com…