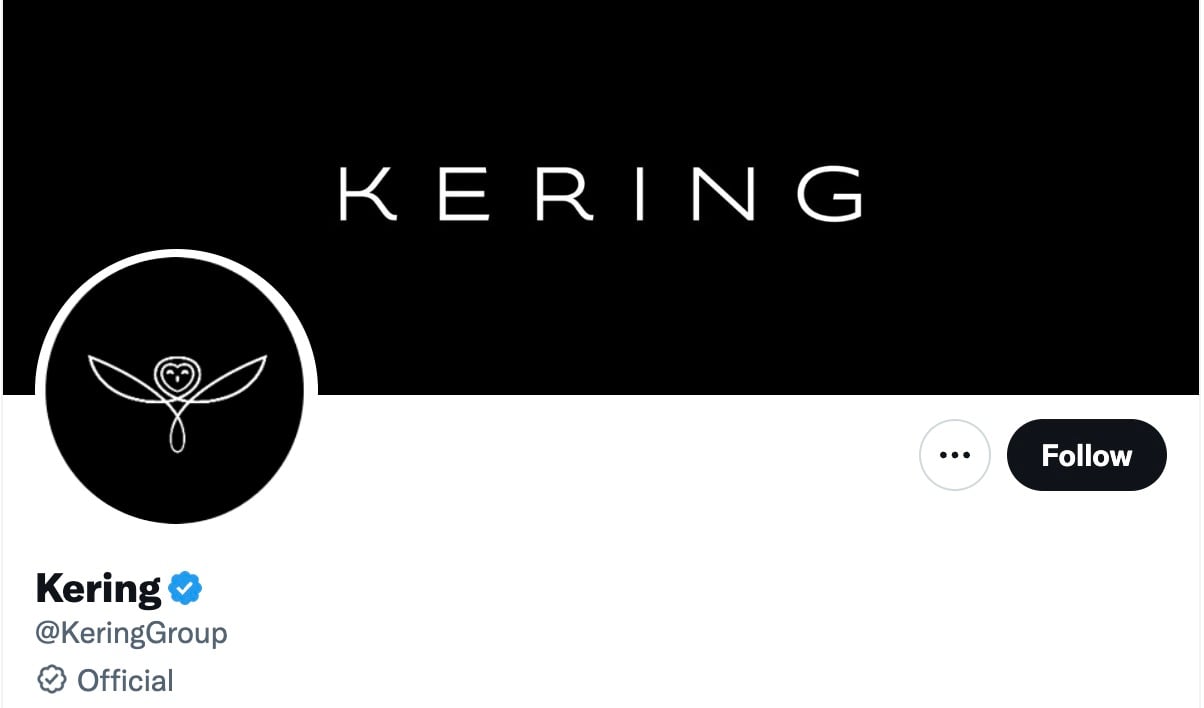 The global luxury group that owns world-renowned Houses in fashion, leather goods, jewelry, and watches, has ties with the globalist World Economic Forum.

Recently, one of Kering’s flagships, Balenciaga, has received outrage for a creepy ad that features two young girls holding stuffed animals dressed in what looks to be bondage gear.

In one photo, a little girl with fiery red hair is shown wearing one of the company’s T-shirts while she holds the strap of a white bear that is wearing a vest with a padlocked choker around its neck.

The company also advertised a handbag with a copy of the Supreme Court’s decision in a child pornography case as a prop.

On Tuesday, Balenciaga issued an apology for their creepy child BDSM-themed photoshoot for the Spring/Summer 2023 collection.

“We sincerely apologize for any offense our holiday campaign may have caused. Our plush bear bags should not have been featured with children in this campaign. We have immediately removed the campaign from all platforms,” the company wrote in a statement posted to its Instagram Story.

“We apologize for displaying unsettling documents in our campaign. We take this matter very seriously and are taking legal action against the parties responsible for creating the set and including unapproved items for our Spring 23 campaign photoshoot. We strongly condemn abuse of children in any form. We stand for children’s safety and well-being,” the company added.

Balenciaga decided to pull the ads on its website and replace it with new ads following the backlash.

On Wednesday, the company was slammed once again in a new ad campaign for featuring a book by controversial artist Michael Borremans, whose work has been linked to pedophilia, cannibalism, and blood rituals.

Balenciaga had a copy of Michael Borremans’s book sitting on the desk next to the model.

Research conducted by Twitter user @itsnatlydenise about the book reveals some dark and disturbing facts.

Michaël Borremans (born 1963) is a Belgian painter and filmmaker who lives and works in Ghent.

The themes in Borremans’ paintings are very disturbing. They include pedophilia, blood rituals, dark religion, occultism, racism, and cannibalism.

, looks at his torn flesh on the ground pic.twitter.com/8tWOBqo2AT

Now, that explains everything. “Kering is 41.7%-owned by Artémis, the holding company controlled by the Pinault family. The rest of the share capital is held by institutional, individual, employee shareholders and executive corporate officers,” according to its website.

Kering featured a video on its website showing children modeling their products. They just love the kids so much, why is that?

Kering has a dynamic and diverse workforce of more than 42,800 employees worldwide and delivered a revenue of €17.6 billion ($18 billion) in 2021 – making the Group a leading player in the luxury industry.

No wonder Hollywood celebrities, designers, and influencers have remained silent on the issue.

Below are some of the comments online:

I won’t re-share the pictures.

What’s interesting is I haven’t seen any celebrities denounce them.

But not a single coverage on the promotion of paedophilia by Balenciaga.

No football teams protesting either?

And the west dares to discuss morality.

Balenciaga is owned by Kering, who also owns:

It’s time to purge the vampires

Are we still in cancel culture? Use it for good then! Cancel Balenciaga and its parent company Kering. Disgusting!#CancelBalenciaga

While the entire LGBTQIA+ community gets labeled as ‘groomers’ Balenciaga runs an ad campaign about normalizing child pornography. powerful billionaires and companies like Kering (owns Balenciaga, Gucci, YSL, McQueen) are the ones creating content for groomers and pedophiles

Just found out that Emma Watson is an “Independent Director” of Kering, the company that owns Balenciaga.

Alessandro leaving Gucci. Everyone across the political spectrum uniting against Balenciaga (and Demna’s time is nearly up, all things considered).