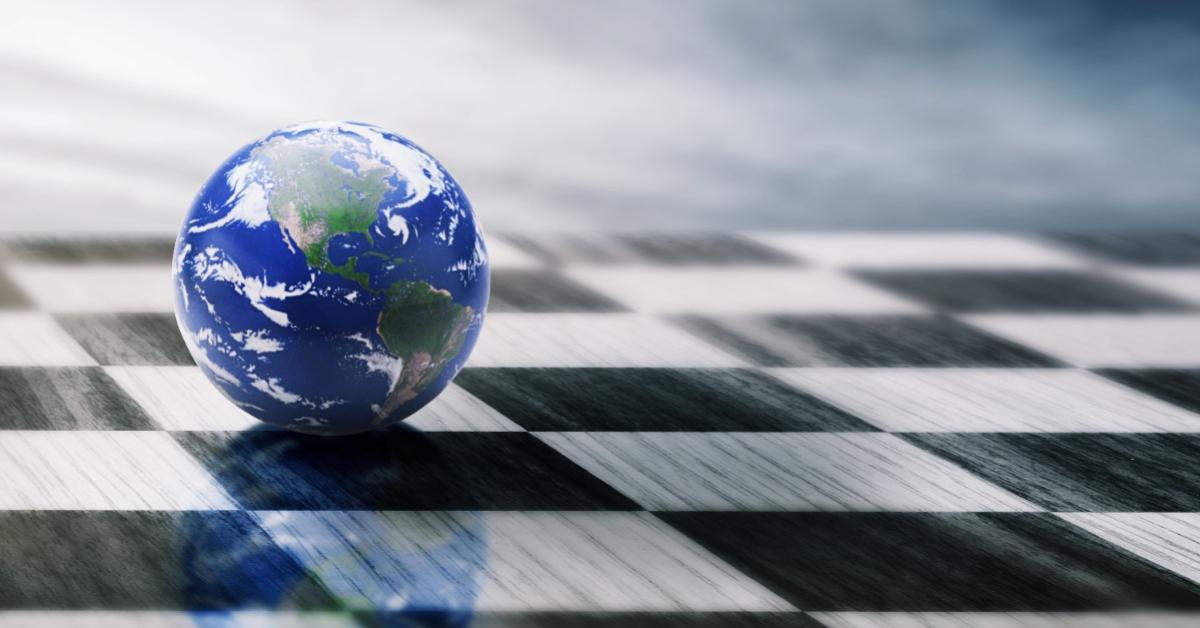 In Search of Monsters to Destroy: The Folly of American Empire and the Paths to Peace
by Christopher J. Coyne
Independent Institute, 2022; xxii + 217 pp.

Christopher Coyne, an economics professor at GMU, forcefully attacks America’s foreign policy, claimed by its defenders to aim at a peaceful international order under benevolent American hegemony. Coyne finds a fatal contradiction at the heart of this program: it advocates pursuing “liberal” goals, but the means chosen to attain these goals are distinctly illiberal and often downright brutal. (By “liberal,” it’s important to note, Coyne does not mean “left wing,” but rather favorable to civil liberties and opposed to dictatorship.) In his account of this contradiction, Coyne ably applies the tools of economic theory.

According to the theory of “liberal hegemony,” nations exist in a Hobbesian state of nature and in extricating themselves as best as possible from the perils of that condition are greatly aided by a dominant power that defends international order while promoting liberal and humanistic values. “The argument for an imperial, interventionist America is usually grounded in a Hobbesian view of the natural aggression between nations . . . an aggression which needs restraining. The underlying assumption is that a liberal international order cannot emerge spontaneously but requires imperial design and, where necessary, the use of force” (p. 13).

collective public goods. Such “failed states” are a problem not only for those forced to live under them, but also for the world, because they undermine a stable international order. . . . Proponents of liberal empire thus argue that failed states necessitate intervention by outside powers in order to bolster global and local stability and provide a value added service by supplying liberal public goods. (pp. 13–14)

A very large number of states qualify as “failed,” so the hegemon always has an excuse to intervene forcibly to bring about a return to international order. In doing this, following the policy that Charles Beard called “perpetual war for perpetual peace,” the hegemon is itself promoting the disorder it claims to alleviate. At times, the hypocrisy that allows this anomaly to be ignored is stunning:

However, this same reasoning is not extended to non-ally governments who engage in similar foreign interventions. In stark contrast, foreign interventions by other, non-ally governments are met with swift condemnation. This was evident, for example, in the US government’s response to the 2014 Russian invasion of Ukrainian territory. Then US Secretary of State John Kerry publicly condemned the invasion, calling it an “incredible act of aggression” while ignoring the extensive list of US government military interventions since the founding. (p. 152n13)

How did America come to abandon its traditional policy of nonintervention in European power politics for the dubious pursuit of empire? The standard account sees the Spanish-American War as a turning point—one thinks, in this connection, of William Graham Sumner’s great essay “The Conquest of the United States by Spain”—and Coyne does not demur, but rather he adds to this an illuminating codicil. He emphasizes the importance of Theodore Roosevelt’s corollary to the Monroe Doctrine in 1904, permitting the United States to act to restore “order” throughout the Western Hemisphere:

The great increase in American power after World War II allowed the supporters of empire to extend the Roosevelt Corollary to the entire world.

Supporters of hegemony might reply to Coyne that whatever its severe drawbacks, the gains to world peace from empire make the imperial project worthwhile, at least in certain instances. Coyne does not deem this impossible, but he has a strong response to the advocates of empire: structural reasons, derived principally from the work of F.A. Hayek, strongly suggest that “peace through empire” is futile.

The reconstruction of a “failed state” by a faraway power requires central planning; but this, as Hayek famously argued, raises knowledge problems.

When intervening in other countries, policymakers may know what outcomes they want to bring about, but that does not mean they know how to achieve them, despite powerful military weapons and lavish resources. Knowledge of observable barriers is distinct from the dispersed, local, and tacit knowledge that is not observable, and which is not subject to quantification or aggregation. F.A. Hayek described this local knowledge as “the knowledge of the particular circumstances of time and place” that cannot be fully articulated by the human mind. Foreign interventions encounter many types of these peculiar knowledge problems. (p. 70)

The dim prospects for empire are enhanced by the likelihood that the imperial proconsuls will be ruthless, avid for “power and pelf,” as Murray Rothbard liked to say. Those who rise to the top in bureaucracies do not do so through an excess of humanitarian sentiment. Here Coyne appeals to Hayek once more: “Planning grants significant discretionary power to those tasked with making decisions about the allocation of resources. Who, Hayek asked, is most likely to flourish in a system characterized by wielding such power over others? Like [Frank H.] Knight, his answer was that ‘the unscrupulous and uninhibited are likely to be more successful’ in such a system” (p. 34).

Defenders of empire might, in the face of these difficulties, insist that imperial projects be judged separately in each case, but to this Coyne has an excellent response. He takes what defenders of hegemony often take to be their prime example of success, the relatively “clean” method of drone warfare, which, it is alleged, minimizes civilian casualties. Coyne has done extensive research on killing by drone in Afghanistan, and he challenges as unreliable the statistics that are claimed to show “success.” There is good reason to think that the loss of civilian life has been underestimated, and the constant presence of drones in the sky terrorizes the local population. Even if, however, the statistics used by supporters to show that a drone strike minimizes civilian casualties were, contrary to fact, reliable, the conclusion that the program results in fewer deaths than competing violent measures such as aerial bombing cannot be sustained, as Coyne shows with an ingenious argument that applies a basic principle of economics.

In economic terms, drones may reduce the “price” of offensive attacks (deaths), which allows the military to move down the demand curve, increasing the quantity of drone strikes demanded. While the use of drones might reduce deaths in a single strike by providing a substitution for other, more deadly alternatives (e.g., conventional bombing), this very well might be offset by an increase in total innocents’ deaths due to “cheaper,” more frequent drone attacks. (p. 108)

Coyne does not confine himself to criticism of empire but also suggests an alternative policy. Perhaps the “Hobbesian” world of competing nation-states is not inferior to American hegemony; and, beyond that, why confine our thought about defense to governments? Coyne urges us to consider “polycentric defense” at the local and individual level, deeming of exceptional value the books by Gene Sharp on nonviolent action.

Coyne deserves our gratitude for his carefully argued case against American empire. He aptly concludes, “We must resist the siren song of empire” (p. 141).